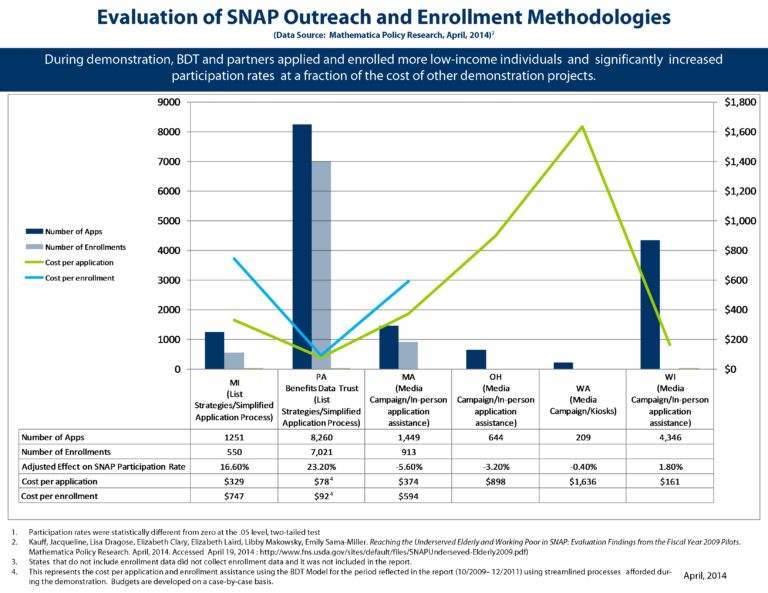 In 2010, the United States Department of Agriculture (USDA) funded pilot projects in three states (Pennsylvania, New Mexico, and Washington) to explore the issue of low SNAP participation among seniors. The overall aim of the projects was to utilize existing data for individuals seeking medical assistance – available to states through the Medicare Improvements for Patients and Providers Act (MIPPA) – to identify seniors who were likely eligible for SNAP and invite them to apply. Through a competitive process, Benefits Data Trust was selected to conduct a pilot in Pennsylvania.

An evaluation of the pilots, conducted by Mathematica Policy Research on behalf of the USDA, demonstrates that Benefits Data Trust successfully increased SNAP participation among low-income seniors in Pennsylvania.

The project took a data-driven approach, targeting older adults who had already applied for the Low-Income Subsidy for Medicare Part D (also known as Extra Help), but were not yet enrolled in SNAP benefits. By increasing vulnerable seniors’ access to SNAP, this project reduced hunger and improved economic stability.